Brasil is apparently famous as the biggest coffee exporter. But only a few people know that the second position is held by Vietnam. Vietnam has a long history on coffee. When the Dutch was inhumanly forcing its kulturstelsel (never mind the spell — it is never important) in Nusantara (now Indonesia), the French colonist also started their own coffee plantations in Indochina, in the 19th century. Under communist government, however, Vietnamese coffee had been forgotten. Almost.

Since 1990s, when Vietnam redefined its interpretation of communism, they changed the way of development and management. They have been remanaging the coffee plantation, and then reexporting its beans worldwide. Vietnam’s coffee export got almost tripled only in four years, rising from 3,938 of 60 kg bags of coffee exported in 1995 to 11,264 of 60 kg bags in 1999. Almost all is of robusta variety, like here in Indonesia. 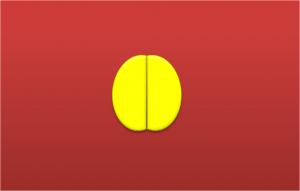 Generally, Vietnam’s coffee is valued lower in grade than that of other countries. But they have acknowledged the problem, and started to overcome it. For example, a state plan was issued, mentioning the country’s plan to diversify its robusta-saturated coffee growth and output, growing more arabica in its northern region.

They also started some other plans to attract the attention of premium coffee lovers. One of Vietnam’s domestic offerings, “civet coffee,” has the potential to appeal to the palates of high-end drinkers the world over. Civet coffee was originally made from coffee beans that had been eaten and excreted by civets, enhancing the taste of the beans. In Indonesia, the beans are called “kopi luwak.” A chain of coffee shops in Vietnam specializes in civet coffee, although these days the beans never see a civet’s insides, rather going through a synthetic process intended to simulate the effects of a journey through the civet’s digestive tract. They expect it to be as good as the real thing. While the owner of this chain has contemplated an international expansion of his business, citing possible franchises in Japan and New York City, the chain remains exclusively in Vietnam.